As we enter the second half of the hockey season for pretty much every developmental league, the NHL Draft is looming in the background for every eligible prospect.

There have been tons of mock drafts, rankings from all angles and more prospect features throughout the year. There is a demand to know more about the future of hockey and plenty of outlets are filling that need. 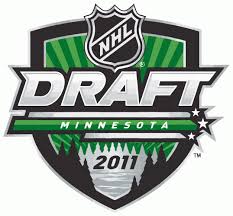 The 2011 Draft Class has often been thought of as one of the weaker in recent memory, due to the lack of a super-star, sure-fire number one pick. Additionally, it looks like the draft class really thins out at the bottom, making late round picks all the more difficult to make.

That’s why this year’s draft could be so intriguing. In lean years like this one, teams have to do a lot more homework and make extremely careful selections early and try to find those value picks late, like usual. This year, both will be hard to do.

There are a lot of projects in this draft, which I always enjoy to see. Many of these players still need a lot of work, but there are teams that love that. The chance to mold a player who has tools he hasn’t even tapped yet is equal parts scary and exciting. I think that’s why this year’s draft is going to be a lot of fun to watch. It’s near unpredictable, which is why you won’t see any mock drafts on this blog. Instead, I’ll just try and arm you with a knowledge of these players as best I can.

I will have my first Q & A with Rocco Grimaldi next week, so until then, you can snack on this:

Everyone continually points to Rocco Grimaldi’s size as the biggest reason he’ll fall out of the first round. The people that say that have almost certainly never seen him play.  In 35 games with the National Team Development Program, Grimaldi has posted a team-best 42 points, with 24 goals, nine of which have come on the power play, with two shorthanded and three game-winners.

Here’s what makes Grimaldi’s stats bonkers to me. It’s really hard for an NTDP player to put up huge points because of the fact that they play older competition. There’s a whole other factor at play, though. It’s also the fact that all of their teammates are in the same boat. In Junior or college hockey, younger players can rely on older teammates for support. Not so at the NTDP. Everyone is of similar strength and maturity.

So when a player puts up a ton of points without an older supporting cast, it makes it a little more special I think, because, in my mind, its more difficult. Grimaldi is on pace for a 72-point season (assuming he remains healthy), which is similar to the point outputs from James van Riemsdyk and Colin Wilson in their U18 seasons. Both of those guys went in the first round and are already in the NHL. Stats often lie in scouting, but I don’t think they do with Rocco Grimaldi. I’d be shocked to see him drop out of the first round.

Jamie Oleksiak has had a steady rise up draft charts after he was named to the U.S. National Junior Team’s pre-tournament camp. He sat down with Hockey’s Future and talked about that experience, his choosing college over Major Junior, and some of the things he needs to work on before the draft.

It’s hard not to compare John Gibson to Jack Campbell. They are similar in so many ways. Mike Morreale of NHL.com talked to Gibson and his goaltending coach, Joe Exter, about the Campbell comparisons and what its like to be the No. 1 ranked goaltender at the mid-term. The pair also hits on Gibson’s biggest strengths. Don’t forget to check out the side bar for this story, which talks about Gibson and fellow NTDP goalie Matt McNeely being a highly-rated tandem.

After initially getting snubbed for the CHL/NHL Top Prospects game, Shane Prince ended up scoring Team Cherry’s lone goal as he replaced the injured Gabriel Landeskog. Adam Kimelman of NHL.com talked to Prince and his coach Brian Kilrea about the opportunity.

He’s put up loads of points this year. Prince is second in the OHL with 55 assists and 76 points. I think the dog on Prince right now is that his linemate, Tyler Toffoli has been lighting it up this year and that the points a result of Toffoli’s work. Maybe its not fair, but its an honest question.

Since I haven’t seen Prince play, I can’t say anything to that. Stats don’t always tell the whole story, but when you have that many points in the OHL in your draft season, I’ll give you the benefit of the doubt. Prince will be an interesting prospect to watch the rest of the way. He will be a guest on The Pipeline Show, the phenomenal prospects radio show out of Edmonton tonight.

Ryan Kennedy of The Hockey News has a must-read prospect update every Tuesday on thn.com, called the Hot List. This week, BU defenseman Adam Clendening is on the list. He’s had an up and down season, but overall is pretty solid. His 14 points in 24 games from the blue line attest to that. Some had him pegged as a first rounder coming out of last year’s U18 World Championship, but its looking like he may settle into the second round. Whoever gets him will have a mature hockey player who has ice water in his veins. He’s a gifted playmaker that doesn’t possess great size, but uses his body well. The sky is the limit with his potential.

That’s it for this week, but make sure to check back next Tuesday for the Grimaldi Q & A, and more prospects updates and links.