The U.S. dropped a 5-0 decision to Finland in the bronze-medal game at the Olympics and will leave Sochi without any hardware. It’s a bitterly disappointing end to a tournament that started out as well as the U.S. could have expected. 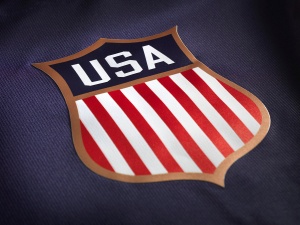 Despite all of the raised expectations from the preliminary round, the U.S. failed to score in either of its last two games in Sochi and will have plenty of questions to answer when looking back on what went wrong.

The game started out well, with the U.S. generating chances and carrying the play for at least the second half of the first period. However two goals 11 seconds apart in the second period from Finland put Team USA on its heels and it never recovered.

It was an unacceptable result. To have gone from one shot away from gold in 2010 to no medal at all four years later is simply stunning.

There will be plenty of second-guessing and plenty of debate going forward, but it doesn’t change the fact that Team USA had a capable team. The performance did not match the ability and to have that happen at the Olympics is simply unacceptable.

I’ll have more thoughts on the Olympics as a whole in a few days, but here are five brief thoughts from the game.

1. The U.S. had multiple opportunities to prevent this result. For much of the first half of the game, Patrick Kane was one of the best forwards on the ice for either team. He was generating some chances and getting the puck into the zone well. He also had two penalty shots. He missed the first one just wide and the second hit the post. After that second miss, Kane looked beside himself on the bench. He was snake bitten in that game and it’s been rare he’s struggled to produce like that. I don’t think he played poorly in Sochi, but the results weren’t there and that has to sting for a player as good as Kane.

2. The U.S. had jump early and they were really good in the first period. They had a bad defensive breakdown midway through the first and couldn’t clear any pucks, but they protected the net like crazy with Ryan Kesler even blocking one off the line. Quick was fantastic in that sequence. There were guys laying out and blocking shots, throwing the body. If they could have sustained that effort, the result would have been different.

3. Why couldn’t they sustain it? Well those two quick goals flipped the game on its head. Defensive miscues on each led to back-to-back rushes and from then on the U.S. was pretty much dead in the water. Any time Finland gets a lead, they become incredibly difficult to play against. All the time and space the U.S. had in the first was gone and there was no adjustment to get away from it.

4. The U.S. had five shots in the third period. FIVE. In a period they started by trailing 2-0 with a medal on the line. There was just no response from the U.S. and all they have to show for it was an embarrassing result. It’s not embarrassing to lose to Finland, a good team with great goaltending, it is when a team plays like USA did with a medal on the line. That effort in the first was great, but it needed to be there when the game got tougher and it wasn’t.

5. I think it is very, very dangerous to make sweeping assessments of where the U.S. is as a hockey country based on results at the Olympics. There’s no question, the American record in Olympics in the NHL era should be better. Two medals in five Olympics is kind of shocking, or at least it should be shocking.

Undoubtedly, the U.S. should be better. Two games where this team underperformed at the worst possible time does not define the U.S. system, though.

I look at the growth of the game in this country, the number of NHL stars coming from the U.S. and the quality of players coming up through the ranks and I see a hockey country far better off than it was a decade ago.

It’s worth repeating that there’s a lot of room for improvement. The numbers suggest the country should be producing more top level hockey players, but there has been progress despite a lack of success at the Olympics. This doesn’t erase or downgrade any of it. Whoever says otherwise is not paying attention to the litany of other indicators available.

This is a bitter result and should be treated as such, but I think it’s unfair to assign the last two days of hockey too much weight.

This Olympics will be classified a failure and missed opportunity. Perhaps its a good thing that fourth place isn’t good enough, but it’s hardly comforting for anyone involved in American hockey. This is another mishap in a line of too many in recent years. That said, I don’t think it’s a sign of regression and definitely don’t view it as a sign of things to come.

This tournament is going to have to be studied and audited completely, so that a team with as much talent as this one can find ways to succeed where this one failed. A medal would have been nice. Instead, the U.S. got a lesson and now they have to learn from it.