Editor’s Note: The following was originally published on Feb. 3, 2012. Today is the third anniversary of Brendan Burke’s tragic passing. Since just last year, Brendan’s message of courage and acceptance has become stronger than ever thanks to the efforts of the You Can Play Project, which was co-founded by Brendan’s brother Patrick. Through their work, Brendan’s story will continue to spread and one day, hopefully soon, we will live in a more accepting world. Thank you, Brendan Burke, for showing us the way.

Brendan Burke was every bit the warrior his father Brian has coveted for the National Hockey League teams he’s built over a two-decade career in the front office. Brendan may not have gone about his business with the truculence or belligerence of the combatants of his father’s employ, but showed no less courage. Brendan answered the bell for his teammates. He taught a few lessons. He changed the momentum.

Two years ago this coming Sunday, hockey and the world at large lost one of its brightest young people to a car accident on an icy highway in Indiana. Brendan Burke was lost far too soon, but he is still making an impact today.

Just months before his tragic passing, Brendan made a brave choice to come out as a gay man in one of the most public ways possible. He wasn’t going to  hide who he was, and because of that, he has given many the courage to be honest and open about themselves.

Tolerance and acceptance aren’t always easy to come by. Brendan Burke knew this, but he also knew that he had a platform others may not. So he took his story to John Buccigross of ESPN, and hockey’s greatest friend at the World Wide Leader shared the story of a normal everyday college kid, who happened to be the son of an NHL GM and gay.

It will live on as one of the more important moments in the quest to make hockey and sports overall more accepting of all people, regardless of race, gender or sexual orientation.

Just after Buccigross’ piece on Brendan Burke ran on ESPN.com, both Brendan and his father appeared on TSN with host James Duthie. After meeting him in print, an international audience got to see the face and listen to the voice of a movement.

With both Brian and Brendan appearing on the program, the hockey world got to see not only a courageous son, but a caring and accepting father. A father that was known for being a man’s man, who valued toughness and pugilism. That his son was gay changed nothing.

Brendan’s coming out was important, but so was the way his family reacted to this news, both privately and publicly. It set an example for the rest of us. A person’s sexual orientation does not change their character. Brendan was no different a person than before he came out.

The elder Burke notes in the interviews with Duthie and Buccigross that he feared for his son and that “pioneers are often misunderstood.” What he may not have realized at the time was that Brendan was far from misunderstood. He was heard loud and clear and his message resonated with a vast portion of the hockey community and beyond.

Not only was the Burke family’s example important for the rest of us, the actions of the Miami University hockey team, the team for which Brendan served as a student manager, should not be understated. 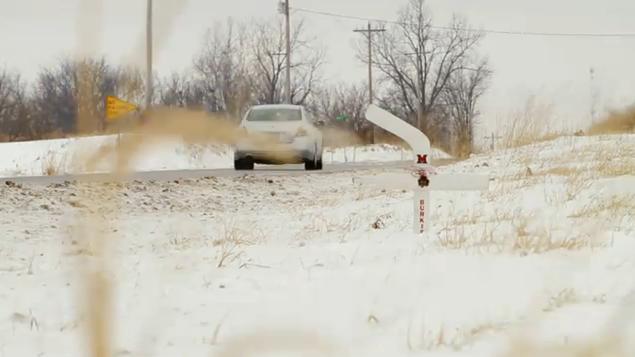 A team full of mostly 20-something male hockey players, the No. 1 team in the country at the time, didn’t just accept Brendan, they made a concerted effort to avoid any homophobic statements or actions that would alienate their student manager. The RedHawks hockey team is known as “The Brotherhood,” for its family-like bond. Brendan Burke was just another brother to them.

Miami head coach Enrico Blasi told the Fifth Estate, which produced a wonderful documentary about Brendan Burke which is linked later in this piece, that when Brendan informed the coach he was gay, Blasi was expecting something “tragic” instead. That his student manager was gay had no impact on the coach. Brendan was still “Burkie.”

Brendan expressed in the TSN interview that a big reason he went public was to show other people currently hiding their secret that there were indeed safe places and safe environments for a gay person in sports. That maybe it isn’t so closed off after all.

It would be naive to think that Brendan’s experience is the most common. Not every kid who comes out has been or will be welcomed with open arms by those around him or her. It is an unfortunate reality, but Brendan at least proved that even in a sport as rough and tumble as hockey, there is a place for an openly gay person.

While Brendan is no longer here to continue proving that you can make it in North American sports as a gay man, his family is hoping to at least ensure that others get the opportunity.

The Burkes have continued spreading the message of acceptance and compassion. Brian, along with Brendan’s older brother Patrick have been very vocal in carrying on Brendan’s memory through activism.

As if taking the torch from his younger brother, Patrick, currently a scout for the Philadelphia Flyers, delivered a powerful message to the world in his eulogy for Brendan.

“[Brendan’s] vision of the world was a spark that lit a fire of hope in so many people,” Patrick stated in front of a church packed with family, friends, and many of hockey’s elite. “That fire has not been extinguished by his passing. His memory will fan the flame of courage in all of us, inspiring all of us to be a little kinder, a little stronger, a little better, a little more like Brendan. Through all of us, his hope still lives and his dream will never die.”

Just weeks ago, Brian Burke accepted the Ally Award from PFLAG (Parents, Families and Friends of Lesbians and Gays) of Toronto for taking a public stand on behalf of the gay community and fighting homophobia. Burke’s message on how to eliminate homophobia and bullying, which he relayed in his acceptance speech, is simple. He calls it “Take Three Steps“:

2.    Make a statement – join a group that supports the LGBT Community – PFLAG, EGALE, GLAAD, You Can Play.

In the end, all Brian Burke asks is to be accepting of others and take a stand against the mistreatment of other human beings. It’s an easy message to understand and put into practice.

As evidenced by Burke’s award, the gay community has embraced the Burke family.

The fantastic hockey blog, Puck Buddys, is run by a pair of gay men, Craig and Doug from Washington, D.C. The blog covers the NHL and the sport overall in a very smart, entertaining way, making it one of the better independent hockey blogs out there. When it comes to the issues facing the gay community in the sport, it’s an absolute must-read, particularly this interview with Patrick Burke.

Puck Buddys is currently running an ongoing feature about a high school hockey player that is gay. What you might find interesting is that through the first two parts of the series there is very little talk about being a gay man on a hockey team. Why? Because at the end of the day, being a gay hockey player isn’t really that much different than being a straight hockey player.

In an email to United States of Hockey, Craig expressed both the importance of and his gratitude to the Burke family.

“Seeing the Burke family carrying Brendan’s torch is more than just inspirational, it’s a living reminder that significant progress for the gay community often comes from well outside of it,” he wrote. “Brendan’s legacy reaches far beyond hockey – anyone inside or outside the sport, straight or gay, can stand on his shoulders and continue working towards those lofty ideals.”

While the Burkes have taken significant steps in a positive direction, there’s plenty more work to be done.

“Anyone with an interest in the game can have a stake in making hockey, or any sport, more accepting and inclusive. It’s the responsibility of players, front offices, coaches, parents, fans and the media,” Craig said.

“Maybe in time, some traditional and controversial behaviors will be marginalized or eliminated.  Some of the language can change for the better and far better team-building exercises, rather than homophobic hazing, can be encouraged.  Perhaps more than anything, it will require some Brendan Burke style courage – being honest about who you are to those most important – your family, your friends and your team.”

The momentum is currently headed to the right direction. It is highly likely that there are players in the National Hockey League right now that are living with a secret and in fear of what will happen if they were to come out. Brian Burke believes we may be getting closer to seeing a player come out in the NHL. As he told CBC’s George Stromboulopoulos, coming out may not be as difficult as the player thinks.

“Right now, a player who’s contemplating that is thinking the whole world’s going to be arrayed against him and be this mountain he’s gotta climb. And I think he’s gonna find — I really believe this, watching the acceptance that my son got when he came out, in the hockey community at Miami University — this athlete that has the courage to come out, is going to find that hill’s a lot less steep than he thinks it is. That there’s a lot of support. I know the players on our team have all spoken to me about it, and said, absolutely, a gay player is welcome here.” (via SBNation)

It’s a strong message from the Maple Leafs GM, and one that shouldn’t be as hard to believe as it seems right now. Coming out can’t be easy for anyone, but when a person like Brian Burke says, “If you come out, we’ll be here for you,” it has to at least put some minds at ease. Just as Brendan showed the way by coming out to the Miami University hockey team, Brian is showing the rest of us how to treat those who make that courageous decision.

It doesn’t matter your politics or your faith. Everyone can understand the message of acceptance. We’ve all heard the line “Treat others as you wish to be treated.” I don’t recall that coming with any conditions.

I strongly recommend you carve out about 40 minutes of your day to watch the mini-doc about Brendan’s life and his message. It’s a comprehensive look at not only what Brendan did, but the challenges that face gay athletes. It’s an incredibly powerful piece, and hopefully one that makes you evaluate the choices you make and the actions you take in your own life.

As you get on with your day, or your weekend, just take a second to think about Brendan Burke. Think about the courage and kindness he displayed. Think about his family, who despite their grief, carry on and try to spread Brendan’s message of courage and acceptance. Think about the thousands of people who live their lives in fear of never being accepted by those closest to them.

Lastly, as Patrick Burke so eloquently stated, think about trying to be a little kinder, a little stronger, a little better, a little more like Brendan.

The Miami University hockey team, the one that Brendan cared for so dearly and the one that loved him right back no matter what, released what I believe to be the most affecting of You Can Play’s PSA’s. Be sure to watch it today.