It has been nearly six months since Paul Kelly was forced out of his role as executive director of College Hockey, Inc., by the Hockey Commissioners Association. Tuesday, the organization announced that Mike Snee will replace the former NHLPA exec at the helm of college hockey’s marketing arm. 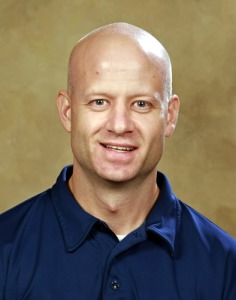 Snee’s hiring couldn’t come at a more crucial time for College Hockey, Inc., but is it too late? With the NHL’s CBA negotiations well underway, college hockey really needed some guidance and someone to attempt to have a voice in the changes that are sure to come out of a new collective bargaining agreement, over and above what they’ve already done.

While the timing may not be beneficial for CBA purposes, Snee still comes in at a time of transition. The college landscape will be changed forever after the 2012-13 season and with that change will come great uncertainty.

College Hockey, Inc., is going through a change itself. After Kelly’s controversial departure, control over college hockey’s marketing arm was wrested from the commissioners and a new board was put in place. With a new leadership group featuring commissioners, athletic directors and coaches from Division I hockey programs, put in place after the coaches convention in April, there is also expected to be a somewhat new path for College Hockey, Inc. Now they know who will be taking them down that path.

More on Snee and the challenges he’ll face after the jump.

Mike Snee is an interesting hire. He obviously has big shoes to fill. Despite the controversy at the end, it is hard to argue with Paul Kelly’s pedigree. A dogged litigator and former executive director of the NHLPA, Kelly was a name and a well-connected one.

“I have followed College Hockey, Inc. closely since its inception and am honored to have this opportunity,” Snee said in a statement.  “I believe strongly in CHI’s mission and look forward to working with [Director of Communications] Nate Ewell and the Board to continue the exciting growth of college hockey throughout the country.”

Snee comes in after four years serving as executive director of Minnesota Hockey, the governing body of amateur hockey in the state of Minnesota as a USA Hockey affiliate. He also has nine years experience in the NHL, having spent time as the Director of Corporate Sales and Director of Ticket Sales for the Minnesota Wild.

His background certainly looks more of like it is marketing and sales based, so he should have no problem communicating and promoting the messages of college hockey to prospective players and transfers. Based in Minnesota and having worked with events like the WCHA Final Five and Frozen Four, Snee should have a good understanding of the issues that currently face college hockey as well.

“As our executive director, Mike’s previous experiences will be beneficial as he takes the lead for Division I college hockey in discussions with the NHL, NCAA and the current and future landscape of college hockey,” said Dave Smith, head coach of Canisius College and member of CHI’s board of directors, in a statement.

What is not known about Snee just yet, and something that will certainly be addressed in the near future (I’ll be speaking with Snee soon), is what his NHL connections are beyond his business contacts. As involved as he would have been in the Wild’s operations on the business side, the CHI job requires a lot of work with people on the hockey operations side. His work with Minnesota Hockey certainly would have had hockey ops aspects, but perhaps not to the degree in which he’d be well connected with executives across the NHL.

One thing Kelly had, that was thought to be of crucial importance to college hockey, was using his connections to gain more of a footing with NHL power brokers. In fact, it was Kelly who helped organize a meeting with NHL administrators and GMs and college coaches to present some desires of the college hockey community going into the next CBA. That meeting took place during the 2011 Stanley Cup Final, but was an example of the NHL opening a door for college hockey.

Snee, by virtue of his position, should still be able to open those doors, even without the connections and prior relationships, but the real test will be what he does once inside.

With the perfectly capable interim director Nate Ewell running things in Kelly’s absence, the lack of certainty at the top for the organization likely made it incredibly difficult to gain an audience with the NHL heading into this potentially change-filled summer for the CBA.

In a conversation with Ewell for another story, the interim director informed me that college hockey has had to rely on coaches connecting with former players serving on the NHLPA’s CBA negotiating committee. Though important, Ewell also mentioned that the belief was positive change for college hockey would have to come from the NHL management side.

The interview process for this position played out over two months, which is great for thoroughness and due diligence, but may have been a little long in this most crucial summer for college hockey.

Additionally, College Hockey, Inc., recently lost director of education and recruitment Jeff Dwyer, who left his post to coach New England prep school hockey. So even more change is afoot for the organization, which launched in 2009.

Personnel changes and a new board might just be the tip of the alterations made to College Hockey, Inc. After Kelly was forced out, it was said there would be a change of course for the organization, though it was never made clear what kind of change that would be.

CHI has been on the forefront of the recruiting battle between college hockey and the Canadian Hockey League, which probably won’t change all together.

I wouldn’t expect Snee to become college hockey’s attack dog in the fight against the CHL, like his predecessor. Kelly was outspoken in the media about the alleged improprieties taking place north of the border and was a frequent guest on radio programs and oft quoted in newspaper columns. Not being as familiar with Snee’s background, I’m not sure this is going to be an area in which he will follow a similar course as Paul Kelly.

The recruiting battle itself will never end, more than likely, but any oversight from the NHL could help mitigate some of the consternation between the two parties. This is an area that CHI seemed to be gaining traction in before Kelly’s departure and it’s one of the things Snee will have to take the baton and continue on with.

Many other aspects of College Hockey, Inc., will not change. It is still the marketing arm of college hockey and will be responsible for helping push the game forward, especially in the coming years of uncertainty after the widespread realignment that takes hold in 2013-14.

CHI took a leading role in efforts to help college hockey grow, particularly through expansion. Kelly and Ewell often met with potential big-time donors and administrators from schools that did not yet have Division I hockey. Expect that to continue, if not intensify as the organization moves forward.

Snee has a very intriguing background and presumably was well vetted during the interview process. He has big shoes to fill, a challenging landscape to navigate and will be playing a significant role in what is perhaps one of the most crucial periods in the history of college hockey. It’s a tough row to hoe, but one Snee will have to meet head on.

The new executive director’s duties will begin on Sept. 17. Expect more on Snee on United States of Hockey in the coming weeks to better get to know the new man in charge of College Hockey, Inc.