Recapping the First Round of the 2012 NHL Entry Draft

Day 1 lived up to and maybe even surpassed the hype. There were big trades, surprising risers and fallers and enough action to keep a blogger from even attempting a bathroom break. The Draft was also stronger than expected for both American-born and college-bound talent.

Six Americans went in the first round Friday night with Alex Galchenyuk leading the way at No. 3 overall to the Montreal Canadiens. Jacob Trouba was up next going ninth to Winnipeg. After a long wait, Jordan Schmaltz got picked by St. Louis at No. 25. Then Henrik Samuelsson (Phoenix Coyotes), Brady Skjei (New York Rangers) and Stefan Matteau (New Jersey Devils) went 27th, 28th and 29th respectively.

It was also a big day for the USHL as six current players were selected including Trouba, Skjei, Matteau (Team USA), Schmaltz (Green Bay), Zemgus Girgensons and Michael Matheson (Dubuque) all heard their names called in the first round. Additionally, Mark Jankowski, whose draft rights are owned by Dubuque, was also taken within the first 30 picks. It was a historic day for the USHL.

Coming up after the jump, some additional thoughts on the first round from the American hockey perspective.

Clearly the six American-born first-round picks were better than expected. It seemed like most projections had anywhere from three to four, so to see six is positive. It’s an improvement over last season’s four. Additionally, Alex Galchenyuk became the highest drafted American since Zach Bogosian went third overall to Atlanta in 2008.

Those are the big positives for the American hockey fans.

College hockey fans have a lot to cheer about as well, as Trouba (Michigan), Girgensons (Vermont), Matheson (Boston College) Schmaltz (North Dakota), Jankowski (Providence), and Skjei (Minnesota) all have made commitments.

Obviously there are always concerns about players backing out on commitments after the draft, but I wouldn’t consider any of these guys potential flight risks. Girgensons is a little more interesting as a few TV analysts suggested there’s a chance he’d be sent directly to the American Hockey League, which makes a fair amount of sense considering Girgensons’ physically advanced game. If he does, Vermont would be pretty disappointed as he’s a blue-chip prospect, but developmentally it makes some sense and you can’t fault the player for that. Still a lot to be decided yet.

A few interesting notes from the first round:

– Alex Galchenyuk became the fifth American selected in the first round by the Montreal Canadiens over the last six NHL Entry Drafts. During that span, the Habs have had a few hits and misses. The other guys: David Fischer, Ryan McDonagh, Max Pacioretty and Jarred Tinordi. Galchenyuk is only the second forward of that group, and the Habs made a pretty good call on Pacioretty.

– Jacob Trouba is no stranger to Winnipeg’s MTS Centre. As a 16-year-old, he and his U.S. National U17 Teammates played Canada-Ontario in the championship game at the World Under-17 Hockey Challenge in 2011. Every time Trouba touched the puck he was booed by the more than 11,000 ‘peggers in attendance. In the previous game, Trouba ran over the Canada-Quebec goaltender, knocking his mask off (seen here), which the fans didn’t care for too much. I don’t think he’ll be getting booed next time he’s in the building as the team’s second first-rounder as the new Jets.

– Henrik Samuelsson was born in Pittsburgh, but raised primarily in Arizona while father Ulf worked for the Phoenix Coyotes. Samuelsson played through the Arizona youth levels including the PF Chang’s AAA program until going to the NTDP at age 15. So he was drafted in the city of his birth by the team he grew up following. Pretty cool. It’s also a pretty unique thing for the Coyotes to be able to do at this uncertain stage of their organization. Getting a kid who was essentially homegrown, NHL bloodlines or not, is a great thing for both Phoenix and Arizona hockey in general.

– Jordan Schmaltz became the second first-round pick out of the USHL taken by the Blues in the last three years. In 2010, St. Louis took Jaden Schwartz out of the Tri-City Storm, and that one’s been working out pretty well for them.

– The fact that Stefan Matteau was selected by the New Jersey Devils was so full of wonder and joy. He was born just a few months before his father scored his iconic goal against the Devils in Game 7 of the Eastern Conference Final. Sure, the Devs went on to win three Cups after that, but that goal remains a sticking point for some Devils fans. Now they’ll hope for a new, more positive moments featuring a Matteau. 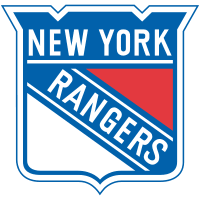 – In each of the last two years, the New York Rangers have selected players out of the National Team Development Program with their first pick. The Rangers grabbed J.T. Miller 15th overall last season and took Brady Skjei 28th this year. Considering the amount of Americans already on New York’s roster, it’s really becoming a U.S.-heavy team, especially among its young players. With Skjei, the Rangers have another native Minnesotan that can really skate, just like second-year defenseman Ryan McDonagh. Hope the future Gopher Skjei and former Badger McDonagh can get along, though Skjei is likely a few years away from being a Ranger.

– Trouba, Skjei, Matteau and Samuelsson all have ties to the National Team Development Program. With their selections, the NTDP has now had 45 alumni taken within the first round of the NHL Entry Draft since 1999. That’s an average of 3.5 first-round picks per year. Every year the program comes under scrutiny for one reason or another, but that’s a pretty staggering example of the impact it has had on the NHL.

– How about the Dubuque Fighting Saints with two current players and one potential player (Jankowski) going in the first round? The Saints had as many first-rounders as the Sarnia Sting, Edmonton Oil Kings and Belleville Bulls this year. It’s a significant step for an organization that is just two years old. The NHL ties to this organization are strong, with Boston GM Peter Chiarelli among others on the board the board. I don’t know if Chiarelli had eyes for any of the Dubuque guys, but by the time the Bs picked, they were all already gone.

– The USHL had as many current players selected in the first round as the WHL, only four less than the OHL and five more than the QMJHL. It’s a substantial win for the USHL in making its case for a competitive development option for elite prospects.  Additionally good news for the league is that of the non-NTDP players selected, it was a good mix: one European, one Canadian and one American. They’ll want to see these numbers keep shooting up, but for one night, the USHL can be awfully happy with how things transpired. Ryan S. Clark covered how important Friday night was for the league on Slightly Chilled.

Best day of my life for sure #MTL

Still hasn’t set in. Awesome day! Thanks again to my family and all the @NHLJets fans for the support. #gojets

Proud to be a coyote!

Couldn’t have pick a better team to be drafted by! So happy to be a part of the @thenyrangers

It’s always great to see the realization of dreams and for six American-born prospects it was an unforgettable night. For several others however, it might be a bit of a sleepless one, as they’ll have to wait to see what happens on Day 2, which starts at  10 a.m. EDT on NHL Network Saturday.

Among the names to look for early in the second round are Patrick Sieloff and Nic Kerdiles, also of the NTDP. Brian Hart of Phillips Exeter also should go relatively early Saturday. You can find out more about these guys on my American Top 15 Rankings here and here. There’s also this list of deep sleeper picks that you can expect to go anywhere from the third to seventh rounds, if at all, on Day 2. Additionally, keep a look out for the American goaltenders available, four of which were covered at length here.

Coverage will be a little slower on the blog Saturday, but I plan to have a full recap of the Draft up on Monday. I’ll also be putting up some thoughts intermittently on Twitter. Feel free to leave questions in the comments and I’ll answer them below.

Hope you had fun tracking Day 1 and if you’re tracking Day 2, it could be a crazy first couple of rounds, so buckle up… it’s kind of a crap shoot.