As all of the players continue to compete for a higher draft standing, we now know where the actual NHL Entry Draft will be held. Rob Rossi of the Pittsburgh Tribune-Review confirmed via sources what has been rumored for months. The Penguins have been awarded the rights to host the 2012 draft, and will do so at the Consol Energy Center June 22-23. The announcement will come from the NHL Thursday. 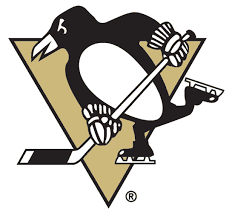 So now each prospect knows his road leads to Pittsburgh at the end of the long season. It should be an exciting lead up.

In this week’s American Prospect Update, we’ll take a look at some of the October Draft rankings from TSN and International Scouting Services and share some links to prospect stories from around the internet. Let’s get to it after the jump…

Before we get into the rankings, news broke over the weekend that Sarnia forward Alex Galchenyuk will require surgery on his knee and therefore, could miss the rest of the season. While it would be natural to fear for his draft position, I don’t know that NHL GMs will share that hesitation.

Galchenyuk has a sparkling body of work from his 16-year-old season in the OHL and a solid, if unspectacular, showing for Team USA at the Ivan Hlinka. Knowing the skill level he possesses, I have little doubt he’ll remain a high first-round selection. Tampa Bay’s Brett Connolly is a perfect example of how teams will overlook injury. Despite a bunch of missed time, Tampa took Connolly sixth overall in 2010, and now he’s made the big club.

It’s a shame that Galchenyuk will lose a year of hockey and development. It also puts a sizable dent in what looked to be (and may still be) a promising season for the Sting.

Now, a look at a pair of draft rankings that came out earlier in the month.

International Scouting Services releases draft rankings monthly. ISS always seems to differ from other outlets, which I think is good. Having a variety of different lists gives you an idea of what a variety of people think about certain players.

The two things that stick out is how low Galchenyuk is. Having not played a regular-season game may have hurt his ranking, but these rankings also likely take into account Galchenyuk’s performance at the Ivan Hlinka which was good, but below expectations.

ISS seems to be one of the few outlets that agree with me that Brady Skjei has first-round talent. It’s a long season and I’m not ready to say the kid absolutely deserves to be a first rounder, but I think he has positioned himself well for first-round consideration.

Henrik Samuelsson will probably not get as much coverage as his other American counterparts here due to the fact that he’s in Sweden and kind of out of sight, out of mind. That said, he’s posted two assists playing for his father’s MODO club in the SEL (Swedish Elitserien). Samuelsson is the only American playing professional hockey right now and if he regains the physical game he had in North America, he could be a very attractive first-round option. It took him a while to get on the scoresheet, but as he gains confidence playing against men, he should have a pretty solid campaign in Sweden.

Hockey’s Future has a more detailed look at the risers and fallers in the eyes of ISS.

TSN, which posts the ISS rankings each month will have a monthly ranking of its own, handled mainly by Craig Button, former GM of the Calgary Flames and current NHL talking head.

Unlike some rankings put out by media outlets, Button is actually getting out there and seeing these kids play. His expertise as a former scout and GM will be a great asset to TSN’s ranking and I’m excited to have another very educated list join the prospect foray.

It should be noted that Button’s viewings of the non-CHL American kids were limited to the Ivan Hlinka and RDO Camp. However, Button was in Ann Arbor last weekend to check out some USHL action. I would expect plenty of movement on his list as time goes on. You can look at his September ranking for reference.

The most curious omission is that of Nic Kerdiles. It seems as though everyone but Button thinks this kid is a first rounder. Skjei also apparently did not merit an honorable mention, though I believe limited viewings may have contributed to both omissions.

You also might notice the low ranking of Nick Ebert on Button’s list. Previously thought to be a lock for the Top 10, Ebert is falling out of favor with some scouts. I’ve talked to multiple sources in the scouting industry that have agreed that Ebert hasn’t shown enough this young season. In fact, one source informed me that NHL Central Scouting has bumped Ebert to a B-rated prospect in its Players to Watch Tracker for October. A-ratings are given to players CSS feels are worthy of a selection within the first 60 picks. That’s quite a tumble.

Button at least doesn’t believe that Nick Ebert deserves to fall out of the first round, but he sees some issues. Button had this to say about Ebert to Kevin Allen of USA Today:

“If I have seen it once, I’ve seen it 100 times: Guys try to impress in their draft year, and they end up trying to do way too much,” Button said. “And I think that has been the case with Nick.”

That quote comes out of Allen’s article regarding the Top 5 American prospects. Be sure to read the piece for quotes from Button and USA Hockey’s Jim Johansson.

Rankings are fun, but it’s important to remember that this is very early in the season. A lot can and will change between now and June. Still, it’s a great gauge of what people are thinking about prospects right this minute and it’s incredibly fun to track how those thoughts change over time.

NHL Central Scouting released its updated Watch List for American prep and high school players, as well as the lower-tier Canadian and American Junior leagues. Only one player on the entire list earned an A rating, and unsurprisingly it was Cristoval “Boo” Nieves.

Nieves, who will skate for the Kent School this season, certainly has the tools to be a Top 60 pick. His incredible goal against Russia from the Ivan Hlinka shows just how skilled the kid can be. Incredible hands, a good frame and skating ability are all big pluses.

I think when all is said and done, Nieves might find himself nestled into the early second round with such a tough Top 30 to crack this year.

It looks to be another down year for Minnesota High School hockey with a bevvy of B-rated prospects. It is very possible that the first two rounds may go by in Pittsburgh without a Minnesota high schooler. That said, many of the top Minnesotans have headed to Juniors or the NTDP, thinning out this crop. Louie Nanne and Zach Stepan are among those to watch most closely out of Minnesota this year.

Austin Cangelosi has continued his dominance of the United States Hockey League and has done so well, people are beginning to change their tune about the Youngstown Phantoms. After that team’s opening night 10-3 loss to the U.S. Under-17s, it looked as though this would be another down-in-the-dumps season for the Phantoms. Instead, Youngstown is 4-2-0 and boast the league’s leading goal scorer in Cangelosi.

Can the team keep it up? Can Cangelosi? If he does, the Phantoms will just continue to get tougher to play against. Eleven points in just six games including eight goals for the 5-8, 165-pound Florida native is darn impressive. He’ll continue to turn heads.

A look into the future: 2013 Draft-eligible Taylor Cammarata has brought his point-producing from Shattuck to the USHL. With 10 points (2g-8a) in his first seven games for Waterloo, the 1995-born dynamo is making his presence felt. There were concerns over how he would handle the jump up in competition. Not anymore.

Adam Erne, another 2013-eligible, is doing very well for himself in the QMJHL, with 12 points in 15 games. Last Thursday, Erne exploded for five assists, showing he can set them up just as easily as he can score them. At 16, he has a pro shot and incredibly solid frame. As he continues to get comfortable in the Q, he’ll just continue to produce. Should be fun to watch.

It has been a different story for 1995-born Brandon Shea, of the Moncton Wildcats. He broke a contract with the NTDP to go to the Q and has put up just four assists in 19 games. Not terrible, but not what Moncton was expecting. With the high hopes for the young man in Moncton, it’s some unfamiliar adversity. The pressure is on, so he’ll have to show he can bounce back.

Now for a few more links….

Paul Kelly of College Hockey, Inc., spent time with Bob McCown and Stephen Brunt on the Fan590 in Canada to talk about CHL vs. NCAA items including under-the-table payments and the Jordan Schmaltz – Windsor Spitfires issue. Kelly also revealed that he and college hockey support Hockey Canada’s proposal to raise the NHL Draft age. Last week, I laid out why I think that’s a bad idea.

Despite college hockey voicing its support, I feel the same way as I did when I wrote that piece. I strongly believe a higher draft age would result in more top players going to Major Junior in order to increase draft position against the younger competition. That said, Kelly’s interview with McCown and Brunt is a must-listen.

Neate Sager had his take on Schmaltz and the Spits, and also shares some of Kelly’s thoughts on the topic over at Buzzing the Net.

Muskegon Lumberjacks forward Matt DeBlouw, a late 1993 birth year, was a surprise on the latest CSS player tracker, as he was rated as an A prospect. DeBlouw has posted two goals for the Lumberjacks, a team that currently possesses the worst record in the USHL (1-5-0). After posting just six points in 33 regular-season games last year, DeBlouw exploded in the playoffs, putting up eight points in six games. It might be an uphill battle for DeBlouw to retain his A rating, but clearly he’s going to earn more looks.

Coming up in next week’s American Prospect Update, I’ll preview the first international break of the 2011-12 season. Two U.S. teams featuring Draft-eligible prospects will be competing in international tournaments in the second week of November.

The U.S. Junior Select Team, made up of top players from the USHL (and a few from the BCHL) will be headed to the World Junior A Challenge in Langley, B.C., while the U.S. National Under-18 Team (from the NTDP) heads to Switzerland for the 2011 Under-18 Four Nations Cup. The international tourneys are always a great showcase of draft talent and should be very interesting to track.