College hockey realignment felt like it took so much away. Trust. Loyalty. The CCHA. Competitive balance. Any notion that college hockey was just a wholesome little subdivision in the NCAA’s big, bad, greed-filled world. Look around and you find few winners. Few schools that actually gained something.

You’ve got the Big Ten. That conference and its schools won big. College hockey finally had what it’s never had before, a real, live Division I “BCS” conference. A nationally known brand with its own television network and fist-fulls of money.

While the Big Ten won big, Notre Dame may have just won bigger with its recent announcement that it will join Hockey East in 2013-14. On top of that, Notre Dame and NBC Sports Group appear to have a deal to televise some Notre Dame home games beginning in 2013-14 on what is now known as VERSUS (it will be renamed NBC Sports Network on January 2, 2012). There weren’t a whole lot of details regarding the television deal covered in Notre Dame’s press conference, which you can watch right here. However, Jack Swarbrick, ND’s athletic director stated that the school would have the most robust television package of any team in college hockey. Well, then.

Regardless, any deal in which college hockey will be on national television is a good thing. Currently, most games are on ESPNU, CBS College Sports and Fox College Sports (which picks up the local Fox Sports Net feed of various games). If you’re like me, you don’t have any of those channels because they are on a premium package for most cable providers (Don’t you look at me like that, a lot bloggers don’t make  any money). Furthermore, some people don’t even have the option of some of those channels.

I shouldn’t have to tell you just how incredible it will be to watch college hockey on the very same network that broadcasts the NHL. Not only will it be incredible for college hockey fans, but for hockey fans in general. There are hundreds of thousands of NHL fans, there are far fewer college hockey fans. You can expect many advertisements for college hockey to play during NHL broadcasts, which is great exposure in and of itself, but imagine what happens when some of those fans actually turn on a college broadcast. It’s a great three hour commercial for the college game that will be seen throughout the United States. Amazing. 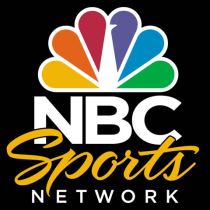 John Miller, the president of NBC Sports Group acknowledged that the network would be broadcasting both Notre Dame and Hockey East games (which hopefully means they’ll get into a few more buildings across the league). Who wouldn’t want that kind of exposure? Oh, that’s right… The National Collegiate Hockey Conference, apparently.  More on that in a bit.

Back to the Irish.

It’s simple. They negotiated back and forth with the NCHC and Hockey East. There was no rush to join a conference. Sure, it’s a lot easier to wait when you’re Notre [expletive] Dame, but the school found a way to turn a pretty tumultuous situation into a financial boon. While the NCHC looked like a panic move, though the ADs of that conference swear it was not, Notre Dame comes off as the patient ones (even if they weren’t as patient as it seems). Dare I say, they even look like the smart ones. That’s pretty impressive, even for the Golden Domers.

Now you’d be foolish to think Notre Dame wasn’t working on a million different things regarding their other sports in the Big East. That could have contributed to the delay, despite denials from Notre Dame. So it did take a while to get here and maybe they didn’t wait it out as patiently as they’re leading on. However, the fact that Notre Dame was able to see everything unfold in front of them had to make the decision process a little bit easier. It was easier for ND to find which conference gave them the best option to get what they wanted out of realignment.

One of the constant themes of Wednesday’s presser was that Notre Dame didn’t want to rush to a conclusion. Like, say… oh… I don’t know. The National Collegiate Hockey Conference.

There seemed to be several subtle digs at the NCHC throughout the presser at Notre Dame’s beautiful new hockey facility. After all, it was the NCHC that apparently pulled an invitation to Notre Dame when a certain deadline was not met. I wonder if that’s why the word “national” kept coming up when Notre Dame officials said joining Hockey East made Notre Dame’s hockey program a “national” program. The folks at Notre Dame are right… with the national exposure its TV deal will bring them, Notre Dame is, in fact, a national team.

Can you imagine this recruiting pitch? “Hi Jimmy, my name is Jeff Jackson and I’m the hockey coach at the University of Notre Dame. How would you like to play on national television ten times a year?” SIGN. JIMMY. UP.

That’s a particularly attractive recruiting pitch to American kids who grew up watching the NHL on VERSUS. Perhaps Notre Dame sees less committed players go to the Canadian Hockey League. Maybe they win a few more recruiting battles with college opponents. No matter what, the power is going to significantly shift in college hockey and it’s going to Notre Dame and by default many other Hockey East schools.

As of 2013-14, the two conferences with national television deals will be the Big Ten, with the Big Ten Network and Hockey East/Notre Dame with NBC Sports Network. How do you recruit against that? It’s going to be tough and this is where the NCHC failed when  the door was open to attract Notre Dame.

The Big Ten is an established brand, even Hockey East is an established brand (though not as easily recognizable). The NCHC is not. It needed the big name. Notre Dame had the leverage to make lavish demands and the NCHC was unwilling to bend and what exactly did that get them? NOTHING. Literally nothing. OK, maybe they kept their pride and, or dignity. But where was their long-term vision? That was what really matters.

Now the NCHC will find themselves without the national exposure it craved when six of its schools fled the WCHA. The league also hoped forming a new conference and shedding itself of the WCHA’s perceived undesirables would help recruiting. Without Notre Dame, the NCHC loses significant leverage in gaining a national television contract. Without the national exposure possessed by two other conferences in college hockey, recruitment becomes a bit more challenging. So in the end, all these schools really accomplished was getting out from the WCHA’s leadership. Was it worth it?

The on-ice product will be excellent in the NCHC, for sure. However, there are going to be some recruiting battles lost to the bigger conferences. So how does that affect these schools in the long term? Will the NCHC powers be able to keep up with the Big Ten and Hockey East powers? Time will tell.

While the NCHC was trying to become the premier conference in college hockey, it now finds itself solidly third. Perhaps it’s going to end up as the better of the on-ice leagues for a few years, but expect that to fade when the drawing power of the Big Ten and Hockey East prove too good to pass up for elite players. The national exposure those two leagues posses are going to overshadow the NCHC into near afterthought status. That leaves the rest of us to wonder what was gained by dismantling the WCHA?

Would everyone be as upset about the NCHC forming if they had acquired Notre Dame? Well, sure. A lot of people were really pissed when it happened, but bringing in Notre Dame and its national television contract at least makes some sense. It makes long-term sense. Without, it makes significantly less sense.

Notre Dame is run by some pretty smart people. They knew how to get what they wanted and weren’t going to settle for anything less.

Would this deal with the NBC Sports Group have been on the table had realignment not hastened? I have no idea. However, the deal exists now. Because it exists, it provides unprecedented exposure for college hockey. Now Notre Dame and Hockey East get that benefit.

At the end of the day, this TV deal is a winner for both Notre Dame and college hockey as a whole. It’s going to bring the game to people that didn’t even know they wanted to watch it. They won’t have to search far for college hockey in 2013-14.

This may be the single-best development in all of realignment. And how did we get here? Notre Dame was really good at football for decades and developed a relationship with NBC which apparently is strong enough to make hockey a part of that relationship. Fine by me.

Though the dust continues to settle, and this move by Notre Dame is unlikely to be the last in this college hockey shuffle, it appears the Fighting Irish have come out ahead. In an off-season that seemed to create far more losers than winners, Notre Dame found a way to win big.