This weekend marked the opening of the 2011 U.S. National Junior Evaluation Camp. Saturday and Sunday, the 44 Americans vying for the attention of Dean Blais split into two squads for a pair of intersquad games. The weekend was split, with each team winning a game, though White won the series tie-breaking shootout. 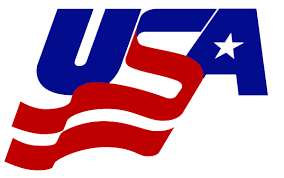 Quickly, a recap of the two games…

On Day 1, Blue defeated White 4-3, with Austin Watson scoring twice for Blue and Chase Balisy potting a pair for White. Blue’s other two goals were scored by Nick Shore and T.J. Tynan, while White’s other goal was tallied by Jason Zucker.

White earned a 4-2 win on Day 2, with J.T. Miller scoring a pair for the winning side. White’s other goals were scored by Rocco Grimaldi and Kenny Agostino (eng), while Kevin Hayes and T.J. Tynan scored for Team Blue.

Coming up after the jump, analysis of Sunday’s Blue-White game, including some players that stood out, and updates on the U.S. Under-18 and Under-17 Select Teams, which open tournament play this week.

I was only able to catch the second game of the weekend, watching the archive on FASTHockey.com. For a bunch of guys wrapping up their summers, the pace and intensity of the game was right where you’d like it to be.

There’s always going to be the sloppy moments and lack of chemistry in this type of environment, but it’s important to watch how players deal with that form of adversity. The good ones tend to deal with it pretty well.

In the game I was able to watch there were a few standouts. Watching the games on video makes it tough to get a really good feel for how players are doing throughout the game as sometimes you’re at the mercy of whoever is doing play-by-play. Still, based on what I’ve seen, here are a few of the guys that stood out to me:

J.T. Miller — IIf you’re a North Dakota fan, you may want to briefly look away… Both of Miller’s goals were net-front tip-ins. The first was on the rush thanks to a nice feed from Rocco Grimaldi and the second came off of a nice point shot from Seth Jones. Miller also looked like he was skating really well and played with some grit. The fact that both goals were thanks to his going to the net hard is encouraging. The U.S. needs a player that’s going to provide traffic and a presence in front of the net and play in the difficult areas of the ice. Miller showed he has the ability to be that guy. Consistency has always been a bugaboo for Miller, so it will be important to keep bringing the game he brought today for the rest of the camp.

Jared Knight — I was interested to see how Knight’s offensive game would translate, but I didn’t at all expect to see a fearless shot blocker. Over the two days, Knight got in the way of several shots and was tremendous for Team White on the penalty kill in Sunday’s action. He made things really difficult for opposing defensemen in his own zone and showed the ability to transition to offense really easily.

T.J. Tynan — With goals each night, Tynan has shown he can produce in just about any environment. He’s always having to prove people wrong. While the goals were great, Tynan’s biggest asset is his speed. He showed a whole bunch of it. Because of his small stature, Tynan has to bring something else to the table, and he brings some speed and some finish. For his goal Sunday, Tynan drove hard to the net, took a great pass from Stefan Noesen and beat the goaltender with a quick deke. He needs to play fearless and fast. That’s his ticket onto the team. So far, so good.

Charlie Coyle — Coyle was arguably Team USA’s best player not named Jack Campbell at the last World Juniors. He had a fantastic first period, showing off some improved skating and playmaking ability. He looked like he was seeing the ice well and getting around in a hurry. He faded away towards the end, but showed flashes of that brilliance from last winter.

Adam Clendening — I tweeted last night that every once in a while Clendening will do something at the offensive blue line that will make your eyes bulge. Whether it’s sidestepping a forward, finding a passing lane that shouldn’t have been there or wiring a shot top shelf, he’s got some great offensive instincts. He made one such play in the second period of Sunday’s contest in which he made a subtle move around an oncoming forward, found some space and threaded a pass to a teammate for a scoring chance. Team Blue was under assault defensively from White for most of the game, but that one play from Clendening was pretty slick.

Rocco Grimaldi — Grimaldi had a pretty solid game Sunday, scoring White’s first goal and setting up Miller’s first tally. If there’s one thing Dean Blais loved about his team in 2010, it was its speed. Grimaldi can wheel as well as anyone in camp and had a solid day of production. It seemed like his line was constantly in the offensive zone in the first two periods and Grimaldi didn’t shy away from the big mean defensemen for Team Blue.

Justin Holl — It had been a while since I’d seen Holl play, and I actually liked what I saw. I still don’t know if it’s good enough for him to be on the team, but he has an easiness to his game that I find somewhat comforting. He had a few miscues Sunday, but overall looked confident and skates pretty well.

Brian Cooper — The only first-year Draft-eligible in camp has some really solid offensive tools, but his size is going to limit him in the defensive zone, particularly against big, physical teams (of which there are many in the WJC). That said, I think he’s going to turn some heads this year in the draft, whether he makes this team or not. He skates very well and wasn’t afraid to jump into the play. He had a rough go a few times in the corners, but that’s going to come with the territory of being a small defenseman.

Seth Jones — The youngest player in camp continues to impress. He assisted Miller’s second goal and looked pretty solid in Sunday’s contest. The more I see Jones play, the more I believe he’s going to be really hard to cut from this team. He didn’t get pushed around out there and looked every bit as good as some of the WJC veteran defensemen. He skates extremely well for a big kid and is continuing to tack on some much-needed muscle. Another half season at the NTDP could be all he needs to jump into the lineup and contribute. Scary talent for someone so young.

Of the six shooters who went in the tie-breaking shootout, only one scored. Shane McColgan, who made a nifty little move to beat Andy Iles, was the only one who found the net.

The reason this is a sour note? The U.S. usually struggles with shootouts. There was the shootout loss in 2007 to Canada in the semis, henceforth known as the “Toews Game” (::shudder::). Then there was the preliminary round shootout loss to Canada in 2010. Good thing that wasn’t the game that counted most that year.

So when one of six shooters score in a shootout in a situation with little pressure, it’s probably not the best thing. The odds of getting into a shootout situation at the WJC aren’t that great, but it’s still an important element of the tournament. It’s one the U.S. can’t afford to be sub-par in either.

The U.S. split squads will open play Monday against the European teams tomorrow. Team Blue will take on Sweden at 1 p.m. EDT, while Team White will meet Finland at 4:30 p.m. Both games will be carried live on FASTHockey.com, with live statistics here. USA Hockey has it’s World Juniors Blog up and running for the camp as well.

The U.S. Under-18 Select Team defeated the Czech Republic, 5-2, Saturday in its lone exhibition prior to the Memorial of Ivan Hlinka, which begins Monday.

Team USA actually trailed in the third period, 3-2, but rattled off three unanswered goals to get the win. Boo Nieves (1g-1a) and Vincent Hinostroza (0-2) each had two points. The U.S. goals were scored by (in order) Alex Galchenyuk, Sam Kurker, Nieves, Joseph Cox and Ryan Lowney (eng).

Having Galchenyuk and Nieves get on the board in exhibition is a good sign. That pair has a bunch of offensive ability and will likely be relied upon heavily to produce. Getting off to a slow start can be deadly in a tournament like the Hlinka.

The U.S. will have to be on their toes early, as it opens tournament play against Finland. To follow live statistics of the game, which begins at 8 a.m. EDT, click here.

UPDATE: The U.S. Under-18 Selects fell to Finland this morning, 6-3. Jordan Masters, Nick Schilkey and Luke Johnson scored for Team USA. The loss puts the U.S. in a bad spot going into its next game against a strong Russian outfit that features potential No. 1 pick in 2012, Mikhail Grigorenko.

I watched most of the third period, thanks to this link to a UStream channel. Finland carried the play for much of the period and Team USA really didn’t generate much of anything offensively until the goaltender was pulled. When Finland gets a multi-goal lead, it’s really tough to come back. They can be really stingy at every age level, and that was the downfall of Team USA.

The U.S. will take on Russia Tuesday at 8 a.m. EDT. I’m guessing the UStream will be up for that game as well. It’s hard to tell who everyone is, but you can at least see what’s happening. You also have to contend with a few ads every once in a while, but as I always say, some video is better than no video.

Friend of the blog, Bruce Peter, will be tracking the Hlinka action over at Puck Worlds. You can also check him out on Twitter: @puckworlds. PW is always a great place to go for your international hockey fix.

The U.S. Under-17 Select Team downed the Czech Republic, 3-1, Sunday in an exhibition leading up to the 2011 Under-17 Five Nations Tournament in Ann Arbor, Mich. Daniel Vanderwiel, Connor Clifton and Gabe Guertler scored the goals for Team USA.

The Under-17 Five Nations Tournament begins Tuesday. All of the games for the tourney, which includes the U.S., Czech Republic, Germany, Switzlerland and Slovakia, will be carried live on FASTHockey.com. I will be providing color commentary for every game of the tournament, so check out a schedule here, and tune in if you are so inclined. In addition to some great summer hockey, you may also get what we in the business call “witty banter.”

The beauty (burden?) of covering international hockey? There’s rarely much of an off-season. So if you’ve been waiting for hockey all summer… and if you are into this sort of thing, hockey’s back. Hope you’ll stick close to United States of Hockey for coverage of this very busy week in American hockey.