USA Hockey’s first step towards Olympics is a good one with Tony Granato, staff 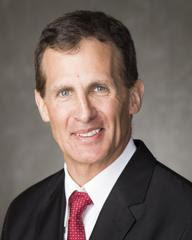 The U.S. Men’s Olympic Team is going to look a lot different than what we’ve seen over the last 20 years at the Olympic Winter Games. It may take some getting used to for the fans, but if you love the game of hockey, there has to be some level of intrigue creeping in.

I’ll admit, I was furious when the NHL opted not to send their players to PeyongChang in 2018. It’s especially hard to swallow given the influx of young American talent filtering into the league at a higher clip of late. After years of sketchy center depth, adding Auston Matthews and Jack Eichel down the middle was more than a little enticing. But they won’t be there. And it’s time to make peace with that.

It’s a little easier to make peace with it because of the announcement USA Hockey made Friday morning in Plymouth, Michigan. By putting Tony Granato behind the bench as head coach, the Americans will have a uniquely-qualified individual to lead the team. They’ve also built a staff where each assistant coach brings something a little different that could end up making a big difference in the results.

Chris Chelios, Scott Young, Keith Allain and Ron Rolston each have long international histories with the latter two bringing an international coaching pedigree that will prove particularly valuable in this tournament. The former two won’t need a lot of convincing to gain the respect of players having both been Olympians and solid NHL players with Chelios bringing the Hall of Fame status to the bench.

However, inserting Granato at the top is almost too obvious in terms of fit. It was so obvious that I didn’t consider him because I didn’t think he’d be available due to serving as the head coach of Wisconsin. But UW AD Barry Alvarez only needed a few minutes to be convinced to let his new hockey coach go for this unique opportunity.

Granato comes with a resume that is hard to replicate. He is a 1988 Olympian and has represented the U.S. in many international tournaments. He played in 773 NHL games and has been behind a bench almost every season since he retired. A longtime NHL assistant and briefly the head coach of the Colorado Avalanche, Granato has been around some of the best players in the game. He left the NHL to help rebuild a Wisconsin program and got things turned around rather quickly. The Badgers were a goal away from an NCAA tournament berth and picked up 20 wins a year after only winning eight.

The one thing Granato does not have on his resume as a player or coach from college to international to the NHL is a championship. I don’t know how much that matters, but it’s also not fair to list off all of the accolades without listing that one detail as a small mark on an otherwise sterling reputation.

There are plenty of championships to go around for the assistants anyway. 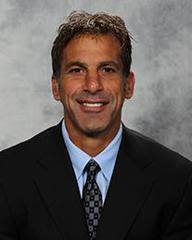 I find the balance of the assistant coaches to be quite interesting. Chelios has minimal bench experience as he is a Red Wings assistant, but not on the bench during games. He did serve as Ron Wilson’s assistant at the World Juniors two years ago, though. Scott Young was a head coach at the high school level and an assistant at Boston University for the last two years before leaving to join the Pittsburgh Penguins as a player personnel director. Both obviously have plenty of valuable experience as players and Olympians, which certainly doesn’t hurt and goes a long way in terms of getting buy-in from players.

Allain, meanwhile is the most experienced coach on the staff with two prior Olympic appearances, many years as an NHL scout, assistant coach and goalie coach, and his long run at Yale which has included a national championship. He has a deep knowledge of the international game and it sounds like he’s going to be the focused on pre-scouting opponents.

Rolston, who was the head coach of the Buffalo Sabres, is going to be heavily involved in breaking down video of players in the selection pool prior to the tournament according to Granato.  There are also probably going to be a lot of players that are in this player pool that Rolston coached either at the World Juniors or at the NTDP. And, having worked with him, the level of detail in his preparation is going to be an asset to this staff.

One other thing that I think will also help this team is how tight they’re keeping the management staff. Jim Johannson will be the Team’s GM and Ben Smith will serve as director of player personnel. It’s fair to say that there aren’t two people in the world who know the talent pool available to this team as well as they do.

This team will not be subject to the cumbersome management team of NHL GMs that had been in charge of selecting the last two Olympic teams and the World Cup squad. While they came within a goal of gold in Vancouver, it has been downhill since. There’s no need to overthink this roster when you’re pulling from a shallower pool of talent. That’s less likely to happen without too many voices in the selection process.

While Johannson and Smith are certainly capable and knowledgeable, they’re in an incredibly difficult position.

Part of that is because there really has never been a tournament like this. Yeah, the Olympics have played without the NHL before, but the game and the American player pool has changed so much since 1994. Even the World Championship isn’t close to an accurate representation. Not only that, the process for preparing for the tournament has changed dramatically.

Before the NHL came into the Olympics, the U.S. players were centralized and played upwards of 50 games prior to the tournament. They had essentially a half season to evaluate players, make cuts and get ready. This time around, the U.S. will get a look at 27-30 players at the Deutschland Cup. USA will play three games in that tournament. Then it’s up to the management team and Rolston to scout leagues spanning the globe to find the right mix. It is unclear at this point how long the pre-Olympic camp will be and if the final team will get any exhibition games prior to the tournament.

While the challenge of selecting this team is incredibly difficult, that’s not to say it’s impossible. The player pool the team will have to select from will include guys playing pro in Europe, a select few NCAA players and AHL players not currently under NHL contracts. In terms of name-recognition, the pickin’s are slim, but every country (aside from Russia) is dealing with that. This is going to be a weird tournament where anything can happen and there is just enough depth for the Americans to put a serviceable team on the ice. While no one will pick the U.S. for gold, an Olympic medal of any color will be an accomplishment worth celebrating.

Soon, I’ll take a more in-depth look at players I can see under serious consideration by USA’s management team. Johannson said there are 80-90 players that are essentially under consideration right now, but there are a few options up in the air due to the possibility of them signing NHL contracts. A long list has to be submitted to the International Olympic Committee by September. The Deutschland Cup is in November, which will give us an idea of which pros out of Europe are more firmly in the mix. Then we’ll just have to see how the rest of the season goes.

As disappointing as losing the best-on-best element of the Olympics is — and it really is — I can’t help but be excited about the possibilities. And it’s OK to be a little scared of the possibilities, too. I just can’t wait to see what this is going to look like and I’m even more excited to cover it as we get closer to the tournament.

Editor of The United States of Hockey. Contributor to CBSSports.com, USA Hockey Magazine and more. Former USA Hockey PR guy. Current Iowan.
View all posts by Chris Peters →
This entry was posted in Uncategorized. Bookmark the permalink.
%d bloggers like this: