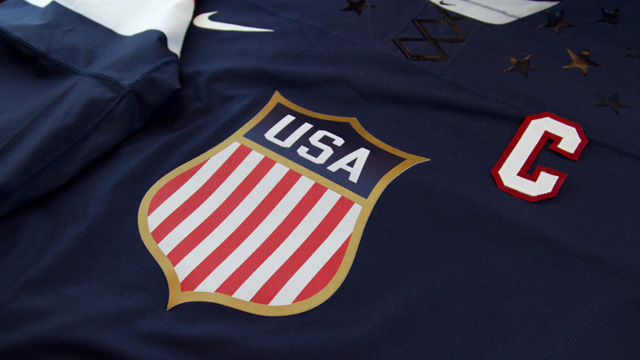 USA Hockey today announced that Zach Parise has been named captain for the U.S. Olympic Men’s Ice Hockey Team. He will be joined by alternate captains Ryan Suter and Dustin Brown.

All three players have long and distinguished careers internationally and have enjoyed success on the international and NHL stage before. Parise was the heart and soul of Team USA at the 2010 Olympics, tying for the team lead with eight points and scoring that thrilling tying goal in the closing seconds of the game.

I offered some brief opinion and shared some of the comments from Parise and U.S. head coach Dan Bylsma over at CBSSports.com, which you can read in full here.

I thought I’d offer a few more thoughts on Team USA’s selections as well, though.

The fact of the matter is on a team with so many star players, the captain has a somewhat delicate role. Pretty much everyone in the room understands the job at hand and knows what they have to do to be successful. There are a lot of leaders on the team anyways and there may not be as much need for a rah-rah guy in the room.

That said, having a player that can help you forge an identity doesn’t hurt and Parise is definitely one of those guys you’d want your team to mold its game after.

Bylsma talked repeatedly about the identity of the team and the way they want Team USA to play. Basically, they want to play the way Parise does night in, night out.

Said Bylsma of what he’s seen from his new captain when vieiwing him as an opponent: “There has been a work ethic, a never quit, a determination, and abrasiveness about a hard to play against type of player, and it’s every time. Regardless of the score, regardless of the situation our respective teams might be in, that’s what you see and that’s what you get every time.”

The other thing about picking a captain for this team is that it has to be a guy the other players like and respect. Parise has done enough over his career to have earned that respect and again, he plays a style of hockey that coaches and teammates love. He has been a star that hasn’t been afraid to get his hands dirty.

Parise obviously is going to have an important role on the team, likely as a top line wing and a guy who plays in all situations.

Parise smartly noted that he wants and will need their help in certain situations. I don’t think Parise is going to go in there and take over the room. They’re all pros and they know what works and what doesn’t when it comes to motivation.

I really like the choice of Parise. Every single team he has been on, he has been one of that team’s most important players. He thrives on that responsibility and has from a very young age. He’s been a huge part of USA Hockey’s movement and growth over the last decade.

The U.S. is in an era now where it is as close to where it used to be in the mid-1990s when players like Chris Chelios, Brian Leetch, Brett Hull, Keith Tkachuk, Mike Richter and the like were putting the U.S. on equal footing with Canada. It has been Parise’s group that has led the Americans to this stage.